Whether for art or commerce, making a film is a team sport. The undertaking insists that many minds and many hands work many hours in concert. Still, some films are far more the product of an individual’s tireless effort. Nate Parker wrote, directed and stars in The Birth of a Nation, the story of Nat Turner and his 48-hour slave rebellion. It exists more because of him than anyone else, save Nat Turner.

Nate Parker was also accused of rape in 1999, a controversy that has become intrinsically tied to his film and the conversation surrounding it. In answering a question that is both new and terribly old, each of us must decide whether or not the artist’s (alleged) transgressions should swallow his work. Though many would like this to be a universal assessment, it is inevitably personal. And in making this determination, it’s important to remember that not only can an artist’s work surpass the artist, but in fact, it should.

Nat Turner was born into slavery, and named for his master. His natural intellect had him reading and writing from a young age, and lead him to the Bible. His Christianity became fundamental, with Nat serving as a preacher to his fellow slaves. He was a zealot, praying and fasting and claiming religious visions that would ultimately guide him to action. Nate Parker’s depiction of Turner seems generous, the former’s natural charm tempering the latter’s suggested intensity. In some ways The Birth of a Nation seems content to temper; in perhaps the most egregious case, the film side steps the fact that Turner’s bloody vengeance fell not just on the men with whips in their hands, but on their wives and children as well. 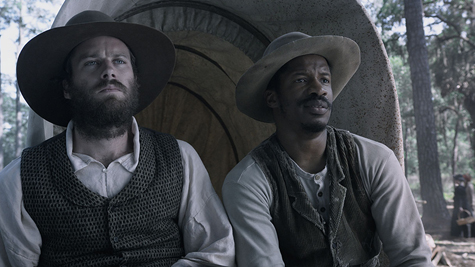 But slaveowners hardly deserve a fair trial, and The Birth of a Nation is just as significant veering away from a hard truth as it is when examining one closely. It’s a brutal film, one that fearlessly depicts authentic violence. A particularly awful moment has a slaveowner casually knock out the teeth of a black man who refuses to eat. Another finds Nat Turner’s young wife raped and beaten by a group of white men, her face an unrecognizable mess. And you’ll squirm, and want to be done with it, but as with the best of these films, you’ll also be forced to consider the truth of it. There’s no need for embellishment, because slavery was (and is) a legitimate horror, and to pretend that we have somehow collectively washed clean this stain, to deny the simple truth that these two disparate histories — white people’s history in America and black people’s history in America — have grown tidily together, is an immoral corruption of truth. 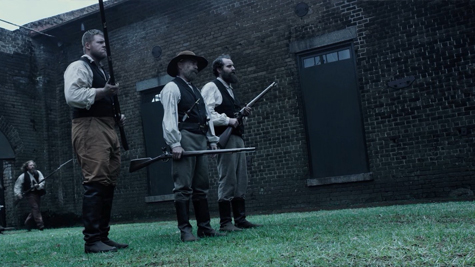 Nate Parker may have raped a woman. A woman who afterwards claimed continual harassment and eventually killed herself. These things are true. For better or worse, Nate Parker has had to answer questions about this woman, and continues to insist on his innocence. Nobody can know the truth of that story except the people involved, and that is true. And The Birth of a Nation is a hard, beautiful, beautifully-acted film, with a piece of history we should never let fade, and an intrinsic value to modern (particularly white) audiences. That is true, too.

We live in a time of visible cracks, every shining star mere moments from an idyll-fracturing revelation, and as we feel that we deserve every truth, we take all of this information in and make our appraisal. It’s an equation we’re all trying to perfect in our minds, informed by too many abstract, biased ideas to ever be objective. But we try, and will continue dispensing our sober judgments until death or maturity stops us. There’s no definitive answer to whether or not you can pay money for The Birth of a Nation without supporting an alleged rapist, though justifications aren’t hard to come by. Here’s mine: This story is important, and if Nate Parker deserves credit or retribution for all of his actions, then so does Nat Turner.