People will write books about this era of film. To be fair, books will always be written about film, but the past few decades have been dominated by one instrument of change in particular–digital effects. Certainly special effects have always been relevant, and since essentially the beginning of film as a medium have been gradually improving and contributing to it, but nothing has made fantasy in film authentic like digital effects. And not only have digital effects taken film to an entirely new level of imagination, but they have done it with remarkable speed. Personally, I am a massive fan of effects work, to the point of occasionally applauding films that might not have much else going for them (e.g. TRON: Legacy), but as with anything, it can’t all be good. This digital effects renaissance has a flip side, and it is movies like Priest. Movies that are so horridly assembled in every way besides the special effects, they just end up being laughably bad.

In an alternate future, where humans and vampires have been at war for millenia, the world is in shambles. It has been destroyed by its history of bloodshed, and now humans and vampires live in closed cities, desolate deserts apart from each other. Years ago, at the height of the conflict, the church (which presides over pretty much everything) assembled a group of superhuman fighters, the only people in existence capable of battling the faster, stronger vampire race. Priest (Paul Bettany) was the uncredited leader of this band, and though his stories are the stuff of legend, he has since been folded into the masses and forgotten. When Priest (seriously, he’s credited as just “Priest”) learns that his brother Owen’s (Stephen Moyer) family was attacked by vampires, and that his niece Lucy (Lily Collins) has been abducted by them, he illegally leaves the city in pursuit. With a boondock Sheriff named Hicks (Cam Gigandet), a Priestess (Maggie Q) harboring some serious infatuation, and a multitude of weapons shaped like crosses, Priest takes the fight to the vampires, and their ridiculously credited commander-in-chief, Black Hat (Karl Urban).

Priest is a film that reminds you how important it is to start with a good script. Without it, everything becomes worse; plot, setting, characterizations, dialogue and dialogue and dialogue. Listen, you can dress it up however you want to, but if your characters are saying ridiculous shit left and right, nothing else matters. This is simple fact. A film is a structure, and no structure will stay up without a foundation. Yet, again, here we are with a film that has aggressively thrown that element to the dogs. It’s not a wholly indefensible act, making a film with a terrible script. Particularly this time of year when the landscape is so different, and particularly when we consider the balance of money vs. quality. Plenty of people (i.e. studio execs) will, smiling, applaud a film that performs well at the box office, regardless of its shortcomings. Even outside of the monetary considerations, there are people who just don’t care how bad a movie is, as long as it gets their blood flowing. The problem with that logic, of course, is the notion that quality films and exciting films are mutually exclusive. While Priest can certainly be called exciting, it must too be called indubitably not quality.

Specifically, Priest is an example of filmmakers trying too hard. With his cities, Director Scott Charles Stewart seems to be going for some sort of Bladerunner dystopia, but comes up far short. His treatment of the Catholic church as a Big Brother regime ends up mawkish, with actors the likes of Christopher Plummer forced to wear ridiculous outfits and spout melodramatic dialogue. Presumably, the film is set in the future because that is where it could conceivably make sense that characters have supernatural powers. What this results in though is a bizarre melange of past and present technologies. The Priests ride metallic desert motorcycles, complete with oxygen masks, intelligent GPS, and solar chargers, yet for some inexplicable reason, people still develop grainy, black and white pictures and listen to vinyl recordings of classical music. It’s one thing to dictate the realities of an alternate future, but to step on logic in favor of aesthetics is just foolish. 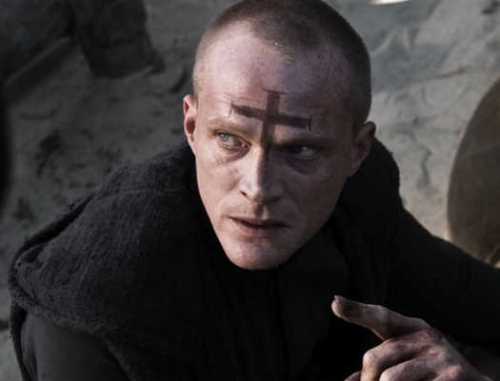 Maybe if Priest were a video game things would have worked out. As it is, Paul Bettany seems to have hitched himself to the wrong wagon (Stewart also directed Bettany in the equally derided Legion). Though not short on spectacle, Priest is short on pretty much everything else, and ends up a laughable mess when it’s all said and done. And you want to know the worst part? The film’s conclusion unequivocally sets up a sequel. It’s as if the studio wanted to shed any doubt of their intentions. “Yes. We badly want your money. See you again in 6 months.“