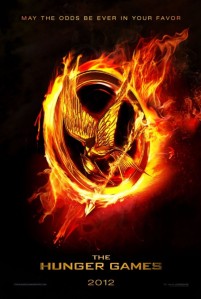 For a first-timer, The Hunger Games requires a lot of unpacking. Certainly there’s the initial/perpetual shock of a story that centers on an event wherein children are literally killing each other for the entertainment of the upper class, but that’s really only the tip, as this powerful central device results in myriad other plot elements worth considering. At any given moment there are themes of politics, propaganda, corruption, class, status, manipulation, public relations, and, oh yeah, life and death. To say this is a story with a lot going on is an understatement, though you can’t really say that all of these themes are fully explored either. The Hunger Games is a balancing act, wherein author (and co-screenwriter) Suzanne Collins‘ first consideration is her characters: children who, having already spent much of their lives in some degree of destitution, are now forced to hunt and kill one another, all in the name of “peace and prosperity.”

In a post-apocalyptic future, what’s left of North America has become Panem, a totalitarian nation composed of 12 districts and a capital city. After the suppression of an uprising 75 years ago, the capital instituted the Hunger Games, in which a boy and girl “tribute” are taken from each of the 12 districts, and forced to fight to the death in a world-stopping, televised event. When the younger sister of Katniss Everdeen (Jennifer Lawrence) is chosen at random, Katniss volunteers to go in her place, leaving behind Gale Hawthorne, a close friend and kindred spirit. Katniss and the District’s male tribute, Peeta Melark (Josh Hutcherson), are taken to the capital and trained by former Games winner Haymitch Abernathy (Woody Harrelson), a drunk whose best days are well behind him. Still, Haymitch can’t deny the compelling draw of Katniss, both as a marketable face and a potential winner. But Katniss’ allure and strength represent precisely the sort of individuality the Capital has spent nearly a century quelling, and place her precariously between the administration and everybody else. 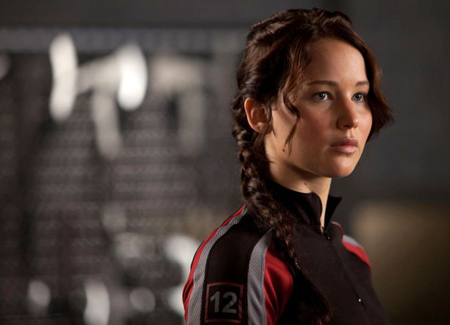 I’m not an overly-sensitive film viewer, which should lend some weight to the following statement: My kids will not be watching The Hunger Games until well into their teens. That’s not to say that the film is so wildly intense or violent that kids can’t handle it, nor is it to suggest that only a bad parent would put this property in front of a child. What I’m proposing is that understanding The Hunger Games on all levels requires real emotional maturity. For younger audiences there are clear and present indicators of good vs. evil, prepared to provide a satisfying arch and leave you wanting more (which you’ll get, as this is a trilogy, and anything that makes money gets more money thrown at it). But there’s an extent to which younger audiences might watch this film without an appreciation of how truly dark the setup is. Kids killing kids–regardless of context, justification, or portrayal–is a wildly grim notion, and Director Gary Ross isn’t interested in sweetening the conceit. A good portion of The Hunger Games is a halcyon preamble to the main event, with issues like crushes and bullies and rich vs. poor coloring things enough to make you forget what’s coming, but once the Games arrive the inherent complexity of children as gladiators sits front and center. There is blood in no short supply, merciless competitors who long ago had their humanity stripped from them, the undeniable sorrow of involving innocents in such barbarity, and to make sure you really feel it, a number of strong performances which ask adolescent children to consider their own mortality. This is weighty stuff, and the way I see it, a child watching this movie will either miss it altogether (in which case they’re probably better off waiting until they can enjoy the film en masse), or thoroughly process it (which will almost certainly stick with them for life). 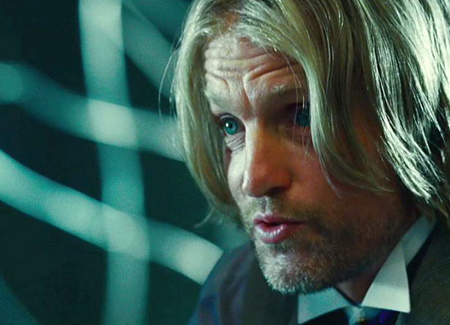 Even separate from the truly existential stuff, The Hunger Games is a thoroughly consuming experience. Ross has created a world beloved by millions of fans, and while I can’t speak to the film’s accuracy, I can say that the scale of Panem–the capital city in particular–can be breathtaking. The Hunger Games represent for this nation a culminating event on the scale of the Olympics or Super Bowl, and the detail with which Ross (and presumably Collins) articulates the fervor of these viewers seems scarily accurate. A talking head show hosted by the flamboyant Caeser Flickerman (Stanley Tucci) has a studio audience of what appears to be tens of thousands of people, all gratefully witnessing the event as it unfolds before them, eagerly eating out of Flickerman’s hand as he turns each tribute into a caricature the masses can either root for or deride. In general, The Hunger Games‘ understanding and portrayal of concepts like public relations and public perception speak to impressive scope of Collins’ themes. That said, the transition from book to film (as is so often the case) has left a number of things untended. In the case of Peeta, actions often go unexplained even in spite of their apparent significance. Even more frustrating, the relationship between Peeta and Katniss is persistently ambiguous, unable to compete with a book’s ability to tell us what the characters are thinking. 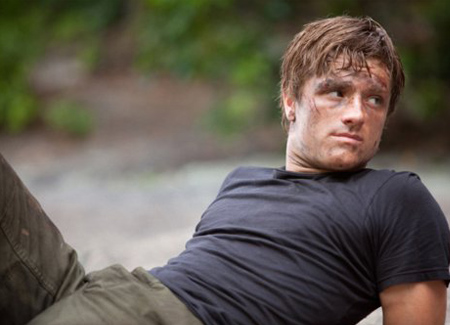 The Hunger Games as a film is mostly well made, benefiting from some truly great performances, and source material that can’t help but remain compelling. However you dress it, a world in which children are pitted against other children in a fight to the death is a world audiences will be curious about. But in casting Jennifer Lawrence, Josh Hutcherson, Woody Harrelson, etc., Gary Ross showed an understanding that these characters must be complex. These actors are talented to be sure, but they’re also capable of bringing out the most in a character, taking the stuff on the page and filling in the gaps. While these are the sort of performances that tend to get lost in the grand spectacle of a two hundred million dollar franchise opener, The Hunger Games wouldn’t be what it is without them.