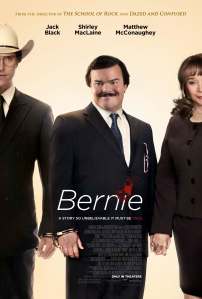 While a majority of “Based on a True Story” projects tend to overindulge their artistic license, occasionally something happens in real life that requires little to no alteration on its way to the big screen. Bernie–the tale of a 39-year-old funeral director named Bernie Tiede (Jack Black) who murders his 81-year-old, millionaire companion, Marjorie Nugent (Shirley MacLaine)–is such a story, Tiede a perpetually winning idealist pushed to his limit by a tyrannical misanthropist. The relationship between these two opposites provides ample fodder for the town’s yakity-yaks, but it’s the murder that sets the community to a boil, pitting the pro-Bernie public against their puffed-up DA, Danny Buck (Matthew McConaughey). Director Richard Linklater keys in on the communal aspect of this story, bringing in a mix of actors and real people to serve as the townspeople in a collection of interviews that form the bulk of the film. While the expository nature of the interviews may feel like a shortcut, it’s crucial to conveying the role of the story’s small-town denizens, along with articulating the kind of person Bernie Tiede truly was. (A pretty damned good one, by all accounts.) 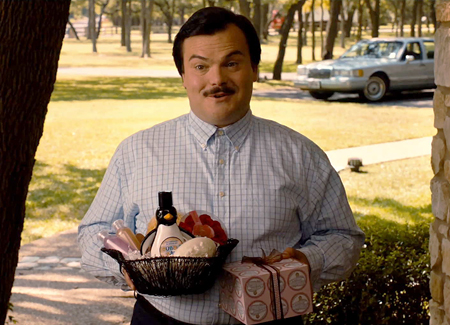 In addition to selling its audience on the kindness and virtue of a convicted murderer, Bernie features a seminal performance from Jack Black, and a fascinating glimpse into the politics of a small town.