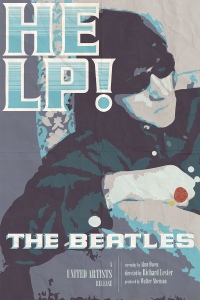 The plot of Help! is absurd and absurdly simple: An eastern cult can’t perform its sacrificial rite without a gaudy ring that, as it turns out, was sent to Ringo and is now stuck on his finger. Led by a screw-eyed Swami named Clang (Leo McKern), the cult hunts the Beatles and the ring around the globe — whenever possible, tomfoolery abounds. It’s a story made for a 20-minute cartoon, yet Director Richard Lester, in his second outing with the boys, somehow found a way to stretch it into a full 92-minute feature.

Setting aside the gossamer plot, Help! is still a helluva mess, with a torrent of Goon Show-inspired gags that fall flat about half the time. And the muddle isn’t helped by the haze of weed covering everything. The Beatles were admittedly stoned out of their gourds for most of the shoot, and for a group of guys who were never particularly strong actors, the results are only half as endearing as you’d hope. 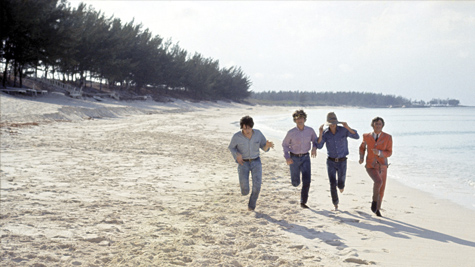 While the bulk of the film ends up more of a novelty, the parenthetical music videos are fantastic; beautifully-shot portraits of the foursome at its best. It’s fitting that the movie’s most natural, most enjoyable moments are centered on the music. Still, all of Help! is the Beatles, and so it could never be legitimately bad. Led by John, the boys are content to play dopes, and most of the time it’s a joyful thing. Help! comes at a point where the Beatles hadn’t yet shed the puerility intrinsic to their early years, and while not technically a good film (or even a coherent film, in all honesty), it is a film where relative notions of “good” or “bad” don’t really matter as much.

poster designed by me