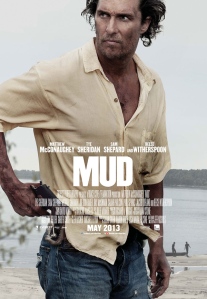 This approbation comes near the end of Jeff Nichols’ Mud, and serves as crucial validation for the film’s 14-year-old hero. Much of Mud finds Nichols exploring the lengths to which a boy will go to be treated as an equal by a man he respects. Through selfless labor and violence and love, Ellis tenaciously builds up the ground beneath him in a grasp for equal footing, and every last action rings of utter truth. Because Jeff Nichols understands that most of us are still boys, falling over ourselves to prove that we’re not.

END_OF_DOCUMENT_TOKEN_TO_BE_REPLACED 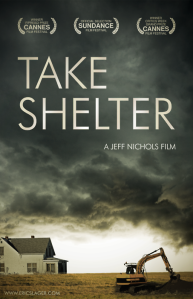 It’s not like Michael Shannon isn’t a working actor. He has four films out in 2011, along with his recurring role on Boardwalk Empire. His is a face people recognize, if for no other reason than it’s distinctiveness. But ask someone for their favorite Michael Shannon role, and they won’t have an answer for you. Which is a shame, because Michael Shannon is one of the most exciting actors working today. He is a peerless character actor, as capable as Philip Seymour Hoffman at manipulating his person into intensely varied roles. And in Take Shelter, one of the ultra rare leads offered to the actor, he gives perhaps the best performance I’ve seen this year. Shannon is mostly reserved in his performance, his brow perpetually knit with anxiety, his head down and feet shuffling. But in the moments when Writer/Director Jeff Nichols looses the reins, the actor reveals an understanding of character and performance that seems rarer and rarer in a world often unable to separate “good acting” from “good looking.” Put another way: Shannon has earned a Best Actor Nomination, and probably won’t get one.