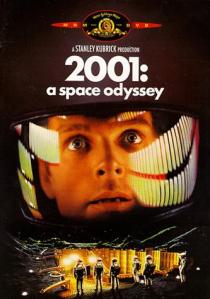 There are films that you watch and there are films that you experience, and in almost every case, a Stanley Kubrick film will fall into that second category. This becomes clearer when you tell somebody that you recently watched one of his films and they ask you what it was about. Try and answer. Sure, you can give a plot summary, but trying to articulate what the film was about is like trying to describe color to a blind person. There’s simply too much there. Never is this truer than in 2001: A Space Odyssey, Kubrick’s legendary masterpiece devoted to the majesty and mystery of our universe. Kubrick himself said in a 1968 interview, “You’re free to speculate as you wish about the philosophical and allegorical meaning of the film—and such speculation is one indication that it has succeeded in gripping the audience at a deep level—but I don’t want to spell out a verbal road map for 2001 that every viewer will feel obligated to pursue or else fear he’s missed the point.” His purpose was not to tell us what to feel, but simply to make us feel something immense. If, somehow, you come out on the other side of this remarkable piece of cinema without being moved, without feeling something, then friend, you’re doing it wrong.