“It’s a fucking marathon,” says Julianne Moore‘s Jules of marriage in The Kids Are All Right. “You stop seeing the other person. You just see weird projections of your own junk.” This is nothing new, this stripped down reveal of the intimacies of marriage. If anything, the big screen is prime real estate for bared souls and uncomfortable break downs. Though Kids centers on a lesbian couple, the big picture problems of this marriage are no different then any other. Nor are the struggles with raising children ultimately any stranger. No, what makes Writer/Director Lisa Cholodenko‘s film worth watching is the monkey wrench of a sperm donor and the complexity of a family making room for one more.

Jules and Nic (Annette Bening) are a married lesbian couple living in California. They have together given birth to two children, Joni (Mia Wasikowska) and Laser (Josh Hutcherson), from the same donor sperm. As Laser gets older and becomes curious about their donor, he begs his 18-year-old sister to contact the donor agency, and this is how Paul (Mark Ruffalo) is introduced into this foursome. Paul is unmistakably a free-spirit; he is part of an organic co-op and rides a motorcycle. While Jules appreciates and even sees some of this bohemianism in herself, Nic is an intense manager of situations. Coupled with her daughter’s impending departure to college, the sudden introduction and adoption of Paul chafes Nic endlessly, and leads the family down a strange and untraveled road.

Far too often screenplays have too much dialogue. It’s an amateur writer’s response to silence in a film not amounting to much on the page. While this is a film that features in abundance people talking about feelings and talking about each other and talking about themselves, it is capable of pulling you into every exchange. Each relationship is complex and dynamic in and of itself, which means whatever pairing the current scene is dealing with–whether it be Jules and Nic or Paul and Joni or Jules and Paul–ends up being a genuinely engaging exchange. While this is great for the development of the relationships themselves, it can end up leaving the characters a bit heavy on character-defining traits. For the audience to appreciate a real gap between Jules and Nic, Cholodenko is forced to make those characters slightly bigger versions of themselves. Nic is even more intense and Type A and Jules is even more laid-back and sensitive. It’s not a problem present in every last scene, but it’s there, and it’s often used to magnify precisely why these people are having problems.

The Kids Are All Right is a story about little more than a family unit in crisis. It takes a good portion of the story to get there, as Paul must be allowed time to develop an individual relationship with everyone in the family, but it becomes clear once it arrives that it was never headed anywhere else. The problem here comes in deciding where one’s sympathy should land. Nic, for instance, is the most afflicted by the actions of her family, but is somehow the least sympathetic. Meanwhile, Jules’ defining moment ends up being a markedly selfish one, yet she somehow seems more pitiable then Nic. And Paul, whose presence, in the end, amounts to little, is perhaps the saddest of all. Now, though it seems that these sort of character assessments should be subjective, it’s the way the characters are handled that frustrates. More to the point, likability isn’t considered nearly as much as it should be here. If Nic is the victim, then she shouldn’t be an inconsiderate and controlling B-word for half the film. If Jules is in the wrong, why doesn’t it feel that way? Again, this is a hard case to make, because 9 out of 10 times you want to feel as though characters are complex enough to effect you in many different ways. Unfortunately though, it seems like Cholodenko has an idea of who deserves sympathy and who doesn’t, and the reading that seems to be intended here just isn’t the one that comes through.

Which leads me to the film’s biggest negative, as well as a quick foray into spoilers… 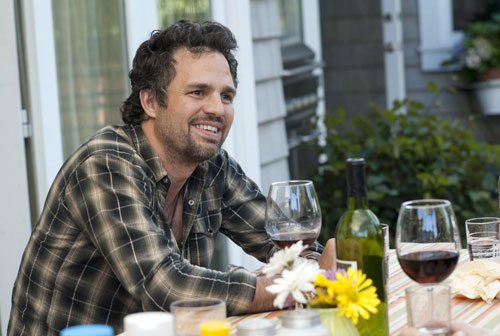 The character of Paul, however he is intended, ends up being mostly a sweet, decent-hearted guy. Certainly this is true for a good portion of the film, before Nic understands the nature of Jules’ and Paul’s amorous relationship. For some reason though, once this bridge is crossed, Cholodenko attempts to minimize Paul’s standing by having him childishly fall for Jules, and even go so far as to suggest that she leave Nic. In the end, Paul’s last moment finds him entirely rejected by the family he came to truly love. But…why? Everyone else here gets a happy resolution. Sure, Nic and Jules have some shit to work through, and it’s not going to be an easy road, but to what end is some sort of happy resolution not offered to Paul? Why should he be the only character who ends up truly miserable and alone? It’s not just that I happened to like the character, and am therefore personally bothered by his mistreatment. It’s that there’s no good reason to, as a writer and storyteller, bring him into this unit then cast him out. With this strange and frustrating turn, the only thing Cholodenko produces is a frustrated audience.

It’s a shame too, because up until this immensely troublesome choice, I was really enjoying The Kids Are All Right. It’s a great study of characters and relationships, and though it may feel like there’s not a whole lot that really happens, you’re always anxious to see what comes next. The three adult leads all turn in great performances and, again, save the one major vexation, it’s a script worthy of a nomination. At some point, every story comes down to choices made by a handful of people. This is what makes a great film so extraordinary. Unfortunately though, as this film is evidence of, one poor choice can also lead to unrecoverable problems. This is what makes a film such a gamble.