Maybe cynicism comes with age. As the world reveals its endless potential for deception and betrayal, it becomes harder and harder to maintain idealism. This must be true with regard to political cynicism or apathy, as the perpetual cycle of that world is masterful deceit and earth-shattering revelation, and anyone paying even the slightest bit of attention seems to understand that politicians simply cannot be trusted. Running for political office means maintaining a pretense of white teeth and talking points; ostensibly being whatever voters want you to be. Unfortunately, this facade is easily shattered and nearly impossible to regain, an idea taken to its deepest depths in George Clooney’s latest direction, The Ides of March.

Stephen Meyers (Ryan Gosling) is a political wunderkind, handling the media aspect of Governor Mike Morris’ (Clooney) presidential campaign. Stephen is hardly naive, though he is, despite his apparent expertise, relatively young, and his respect for Morris and his message are deeper and more genuine than the average career politico. Deeper is the respect he holds for the campaign’s manager, Paul Zara (Philip Seymour Hoffman), a father figure in every sense. As the Morris campaign attempts to seal the democratic nomination for the presidency, Stephen is approached by rival campaign manager Tom Duffy (Paul Giamatti), and in the briefest instant, everything concrete begins to crumble. 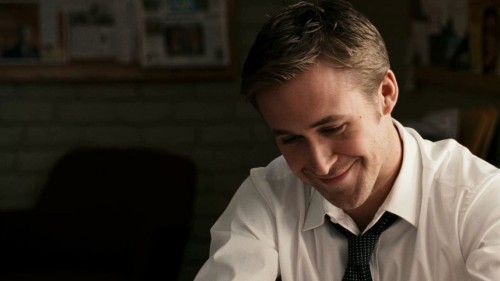 Calling his film The Ides of March is a scarcely cloaked reference that reveals more about the plot than any trailer or synopsis. This is a film about the cloak and dagger world of political backstabbery, though there’s no central hero (or villain) to serve as the Caeser, and you’ll find a few different characters asking, “Et tu?” Initially, Stephen is not incapable of dirty tricks, and the first act of the film gives the impression that this mild double dealing is the most we can expect. But a hint of betrayal to these seasoned politicians is reason enough for evisceration, as Stephen learns abruptly at the film’s dramatically blunt transition into act two. This is the moment when the film finally gets its steam, and it is from here on out that Clooney and fellow screenwriters Grant Heslov and Beau Willimon settle into their purpose. 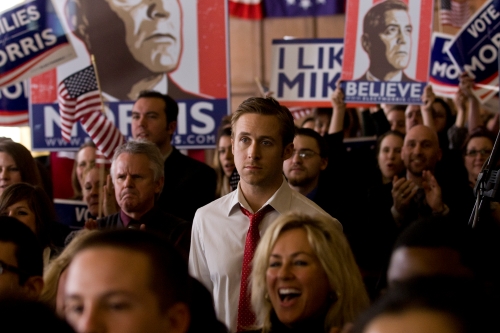 These three men have not given up on politics and politicians. If anything, this film is evidence of their devotion to changing the god awful standard this country has somehow come to set for its leaders. The Ides of March states, fairly unequivocally, that our leaders pursue office not to solve our problems, but to satiate their own egos, and the men behind them are no different. The goal isn’t so much to lead, but to win. Or at the very least, these two notions have become so muddled as to become wholly inseparable, resulting in a political climate more prone to distrust and betrayal then conversation. Coupled with the impressive stakes of a presidential race, the stage is set for a thoroughly intense series of interactions. In fact, Ides of March may do a little too much in its dramatic portrayal of the process, going so far as to include an actual casualty. But the film’s interpretation of the state of things hits too many of the right notes to be ignored. Clooney and Co. have constructed a world terribly close to ours, and this glimpse into the back room is alarming in an unforgettable way. 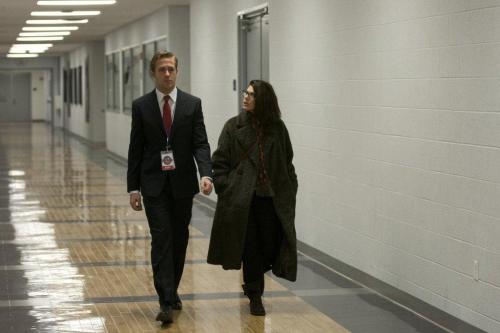 The Ides of March feels self-contained in the way that most films based on plays do (the film is based on Willimon’s Farragut North). It lives in offices and hotel rooms, and rarely does a scene feature more than two or three key players. The performances are all good, with Ryan Gosling handling the lead as well as he ever has. Fundamentally though, this is a film about the griminess of our country’s politics, and the contribution we all make as its citizens. Whether you allow the politicians to run roughshod with your apathy, or force them to lie with your absurdly rigorous standards, you are a part of the problem! And as much as I appreciate Clooney’s contribution to the conversation, this is, after all, just a movie. The notion that it will change any minds is silly. People aren’t interested in things they don’t already agree with. This was evidenced to me by a woman in my screening, who couldn’t help but remark loudly and often about Morris’ liberalism, an element of the story entirely irrelevant to the film’s point. If we can’t look past our differences with sleazy, fictional politicians, how can we ever hope for a generation of honest politicians that actually exist?