Is there anything more fundamental than the quest for companionship? How many choices in life have you made because they kept you closer to a person you loved? Having a partner is a beautiful thing, ultimately, but it can also be a hard, confusing, terrible thing, and that’s what Frances Ha is about most of the time; the hard stuff often borne in a partnership (or lack thereof) that, if you can bear it long enough, will raise you up and make you better.

Frances (Greta Gerwig) has found her companion in roommate/BFF Sophie (Mickey Sumner), a like soul whose omnipresence in Frances’ life seems the only thing keeping her on the ground. When Sophie finds a guy named Patch to love (and live with), Frances quickly spirals. She becomes manic and reckless, giving too much weight to a half-dead dance career and gingerly sidestepping loneliness with a foray into boy-life, sharing a relatively prime Brooklyn apartment with a pair of trust-funders, despite an alarming lack of capital. Eventually the dearth of cash and sound choices catch up to her, and Frances runs out of places to lay the blame. 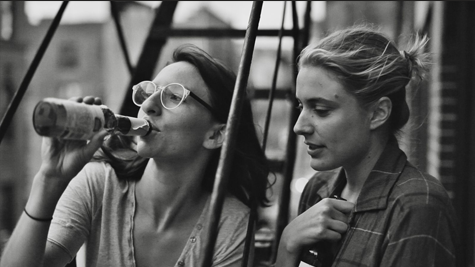 Photographically, Director Noah Baumbach is keeping it simple; grainy, black and white pictures of the hipster life in Brooklyn. Where Baumbach scores his style points is in the fractional, Twitter-sized bits of storytelling that move the story forward every half hour or so. These mini-vignettes tend to focus on Frances and the people she’s closest to, and provide a good portion of the film’s momentum and character development. This seems at least partially an attempt by Baumbach to mollify the notoriously fleeting Millenial attention span, but it ends up being one of the film’s most dynamic elements, fleshing out a life and a lifestyle that ultimately exist in the details. 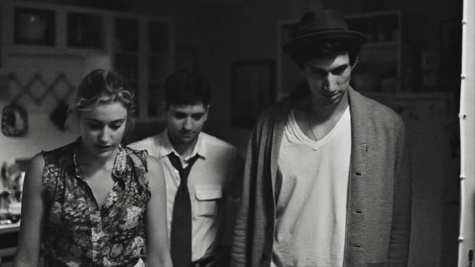 At times Frances Ha becomes a movie about the impenetrable charm of Greta Gerwig. Her Frances is a zany romantic, whose lowest moment — conversational blundering and a general rambling drunkenness at a posh dinner party — is quickly mended with a lovely monologue addressing the universal quest for an other. Frances Ha is occasionally inconsistent with its portrayal of the titular character — one minute she’s an adult with a modicum of communication skills, the next a frenzied adolescent incapable of ignoring her zany impulses — but Gerwig is a natural comedienne, and her unassailable affability keeps the film floating along.

Mostly, Frances Ha is a nice little film about the journey to “adulthood” in the aughts, at the epicenter of Millenial culture. Noah Baumbach and Greta Gerwig have written a film about relationships at large, and what love truly means. Ironically, the result is a story about the importance of loving yourself.