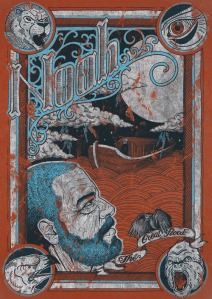 Darren Aronofsky has always felt a bit like America’s Lars von Trier — a brilliant misanthropic visionary, a storyteller whose wry approach often hits closer to home than we’d like. Aronofsky is more of a romantic than von Trier, but the emotional depths to which both men often insist on traveling feel kindred. And the results tend to share a gloom that distinguishes them from their peers. While Noah begins as an immense action epic, it ends in much more familiar territory for Aronofsky: Tense, probing character drama dealing with the lengths to which an obsessive person will go to do something they believe in.