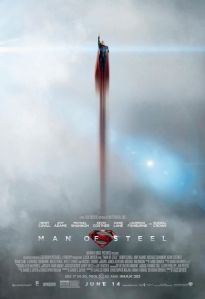 There is a great Superman film out there somewhere. There’s nothing inherently challenging about telling this story, other than the powerful ownership so many fans have over it. And I suppose there’s an argument that Zack Snyder has gotten closer to it than anyone else; Man of Steel paints its main character’s neurosis and isolation in wide swaths, and these elements are necessary for any modern rehash. But, as is often the case with mega, ultra, super blockbusters, they’ve put the horse before the cart with this latest iteration of the world’s first superhero, building a flashy skyscraper on the rickety foundation of a David S. Goyer-penned screenplay.

The film opens with a remarkably realized yet overly involved sequence on Krypton, the home world of Kal-El/Clark Kent/Superman (he’s only called this once or twice, thus the film’s surrogate title). In the midst of a world-ending natural disaster and a passionate political coup, we’re introduced to Kal’s father, Jor-El (Russell Crowe), whose supreme intellect and pure morality cast him as a singular bright spot in the shadows of Krypton’s baffling ignorance. It’s hard not to watch this opener without meditating on the stupidity of a species with literally thousands of years of successful space exploration and planetary terraforming under its belt finding themselves effectively responsible for their own planet’s impending apocalypse, but I suppose these are the caliber of story beats we have to get used to. General Zod (Michael Shannon) is the zealot at the helm of Krypton’s simultaneous uprising, entrenched in his view that the Kryptonian’s technology should lead them to a Gattaca-like mastery of their genetics. Only the strong survive and all that. The infant Kal escapes the dying planet in a spacecraft aimed at the Earth, and Zod and his team are sent to some nebulous ether called the Phantom Zone, resulting in the two exiles becoming the only Kryptonians to survive the apocalypse that pretty much everybody knew was coming. 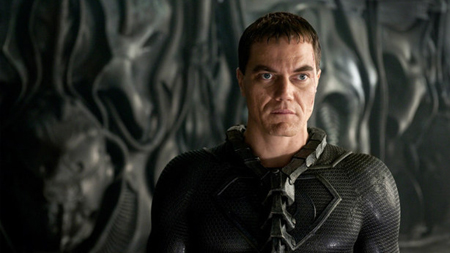 Our introduction to Henry Cavill’s Clark Kent isn’t much better, with a mish mash of character context and exposition that tries to arrange him as a drifting loner, but ends up desperately evoking Hugh Jackman’s Wolverine. Between modern day and his conflicted past, we learn that Clark has struggled with his literal alienation since he was a little guy, and this isolation—like so much of David Goyer’s shitty screenplay—is phoned in beyond repair. There’s no apparent reason for Clark to feel particularly alienated, other than having these world-changing powers, which, in Goyer’s hands, simply isn’t good enough. What is born of this choice is the film’s only authentic relationship, between Clark and his dad Jonathan, played by an appropriately distressed Kevin Costner. Goyer has spoken effusively about the father/son issues he wanted to inject into his screenplay, and while the Jor-El connection is its own dilemmatic can of worms, Man of Steel at least gets the relationship between Clark and his adoptive father mostly right. 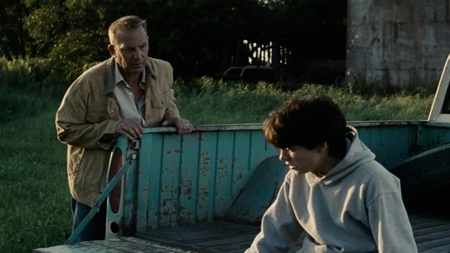 It then proceeds to kill off the father in a flashback; an atrophied attempt to teach Clark a lesson about helping people. This effectively deprives the film’s second half of the only relationship that feels remotely genuine, leaving us with an excessively brassy Lois Lane (Amy Adams) and a irritatingly subdued Superman who are hard pressed to do much but stare longingly at each other. It leaves us with a collection of characters who make up for their lack of development with screentime. It leaves us with a computer-generated version of Jor-El who lives on a Kryptonian thumb drive and holds forth endlessly about the importance of his son’s free will, while outlining the myriad ways he has controlled his son’s destiny from the grave. But these issues become commonplace in Man of Steel, a movie with the vapid beauty of a male model. 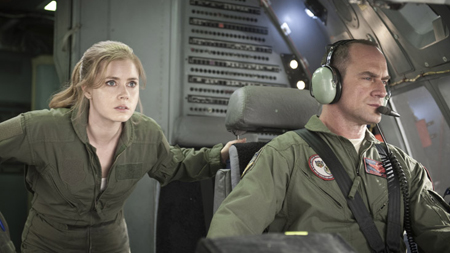 Even the second half of the film—which is really the only thing Zach Snyder seems to have any control over, and creates a scale of action and destruction on par with The Avengers—ends up falling prey to Goyer’s careless character work. As Zod and Superman brawl Metropolis to pieces, it’s impossible not to wonder how a character so committed to protecting his adopted planet—so committed to life in general—can allow buildings to crumble and lives to be lost as he punches another super human’s lights out. Put another way: Superman can fly, and there are plenty of wide open spaces on this planet where a fight with Zod won’t kill thousands more fleeing extras. 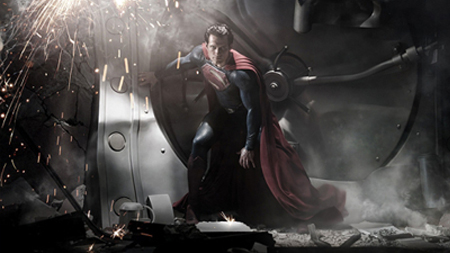 Zach Snyder’s not a bad director, but he doesn’t seem too capable when he gets outside of action, allowing the performances of tried and tested actors like Amy Adams and Michael Shannon to fall flat. While the second half of Man of Steel really is remarkable to look at, and we finally have a big screen version of Superman where the action matches what has only ever lived on the page, so much of Man of Steel is weak that the film can’t be anything but a disappointment. There are plenty of reasons for this, but only one that really matters: If your script is bad, your film will be too.